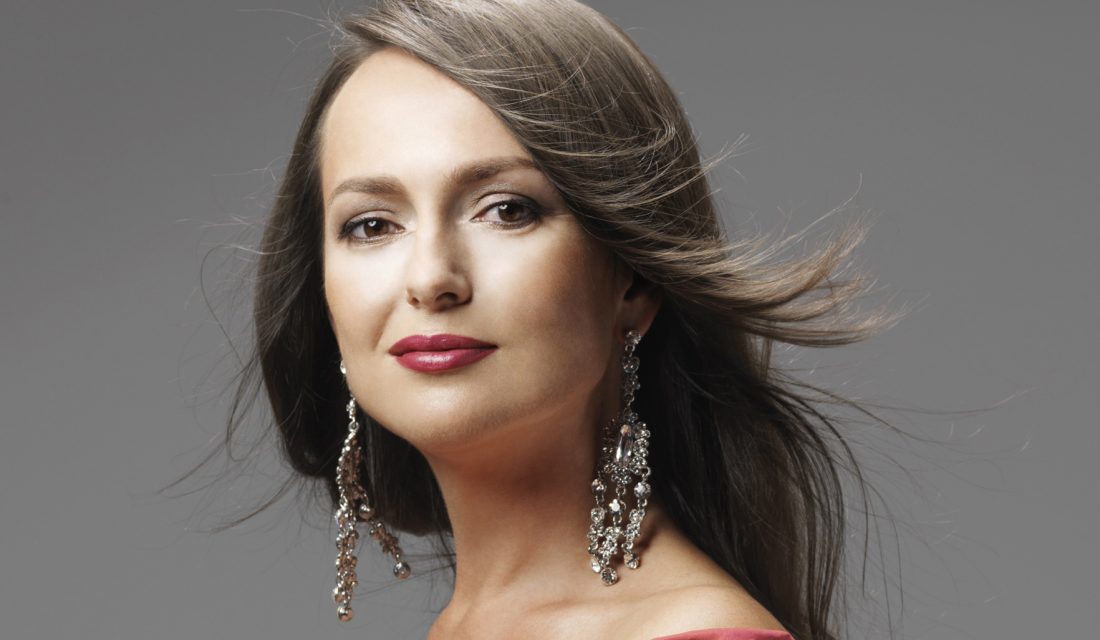 Andrea Dankova’s highlights of the last seasons mark her debut with Zemlinsky’s Lyric Symphony alongside the Vienna Symphony Orchestra under the baton of Tomas Netopil at Vienna Musikverein, Jenufa at Deutsche Oper Berlin under Donald Runnicles, performances of the Glagolitic Mass at Philharmonie Essen and Theater Bern as well as an appearance with the London Philharmonic Orchestra and Vladimir Jurowski for Eternal Gospel.

Furthermore, she sang Katya Kabanova at Teatro Regio Torino staged by Robert Carsen and made her debuts in the title role of Aida and Elisabetta in Don Carlo in her native Slovakia. A production of Khovanshschina was planned at the Staatsoper Unter den Linden in Berlin for 2020.

Andrea Danková sang the role of Micaela (Carmen) also under the baton of Kent Nagano in a concert in Tokyo and with Daniele Gatti, José Cura and the London Symphony Orchestra in London. Under the baton of Daniele Gatti she debuted as Desdemona (Otello). She shared the stage as Julia (Jakobin) with Gerd Albrecht and the WDR Symphony Orchestra Cologne. At the National Theatre Sao Carlos in Lisbon she performed in Graham Vick’s production of Rheingold and Walküre.

Her career includes many productions on international opera stages: She made her debut at the San Francisco Opera as Micaela (Carmen) and Liù (Turandot) with Marco Armiliato. At the Teatro Real Madrid she made a celebrated role debut as Katya in the famous production of Robert Carsen of Katya Kabanova. She reprised this role at the Teatro Colon Buenos Aires, the Opéra National du Rhin Strasbourg, the State Opera Stuttgart and at the Teatro Real Madrid (under the baton of Ivor Bolton).

During her career she appeared in numerous productions of the Slovak National Theatre and the Prague National Theatre including La Bohème, Mefistofele, Bartered Bride, Otello, Don Giovanni, Luisa Miller, Carmen, La Traviata, Turandot, Ballo in Maschera, Otello and others.

Andrea Danková is an in-demand concert singer: She sang Janáček’s Glagolitic Mass and Dvořák’s Te Deum with Sir Colin Davis and the London Symphony Orchestra at the Barbican Hall in London and at the Avery Fischer Hall New York. Under the baton of Myung-Whun Chung she sang the Glagolitic Mass, Janáček’s Eternal Gospel, Mahler’s Symphony No. 2 and Dvořak’s Stabat Mater in London and the Musikverein Vienna. With Thomas Netopil she performed The Bells by Rachmaninov and the Glagolitic Mass at the Teatro del Maggio Musicale Fiorentino.

Andrea Danková was born in Lučenec, Slovakia.  She studied at the Conservatory in Žilina and at the Academy of Music in Bratislava.  She won several competitions and prizes.