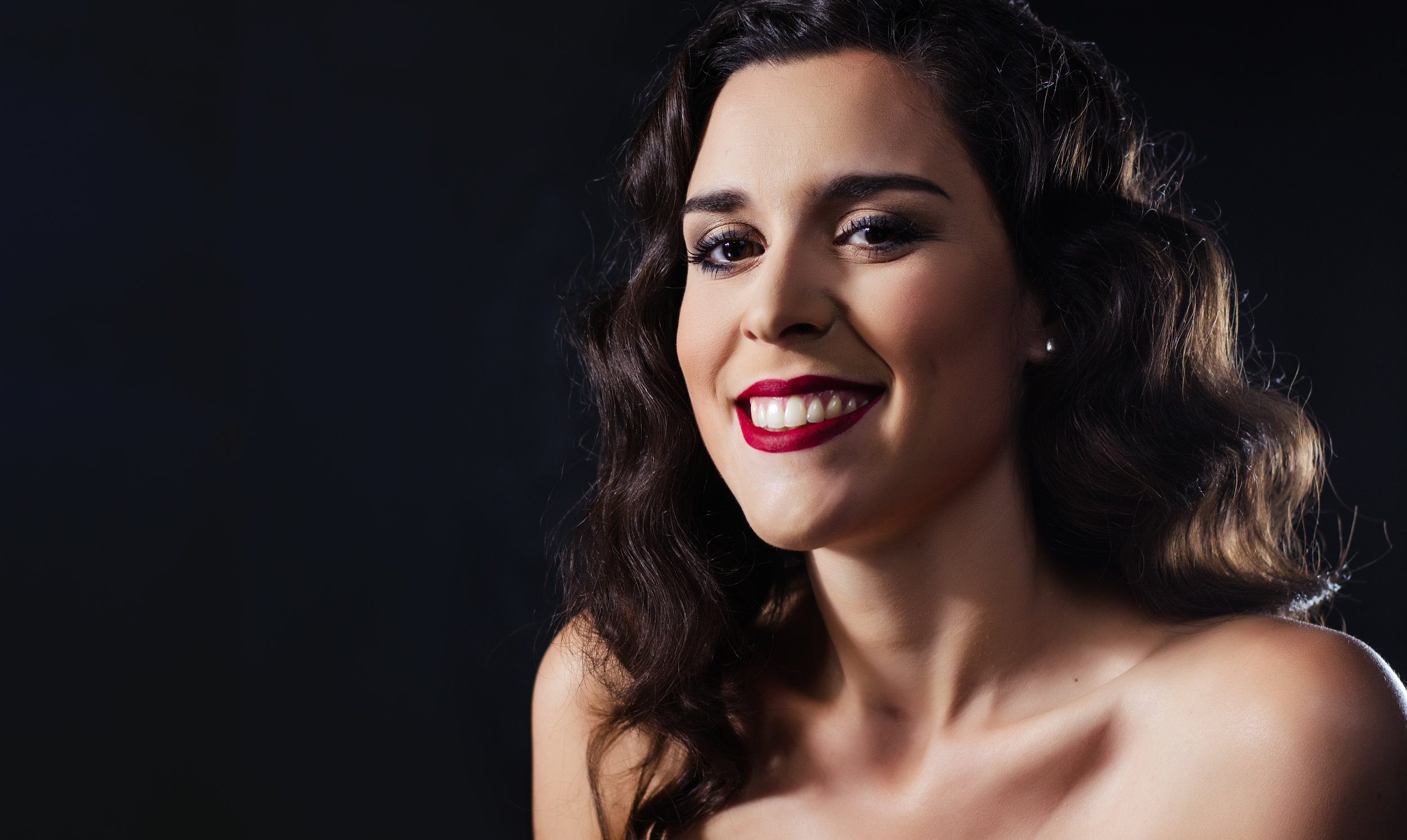 Argentinian Mezzo-soprano Mariana Pedrozo has performed numerous opera roles including Marcellina in Le Nozze di Figaro (Mozart) and Phyllis in the modern opera Lady Magnesia (M. Weinberg). She has sung the role of Maddalena in Rigoletto (Verdi) and Annina in La Traviata (Verdi) with the “per im Berg Festival” in Salzburg.

In 2018 Mariana performed the role of Amastris in Xerxes (Händel) at the Bad Hall State Theater in Germany and 2019 she returned to sing the 2nd Lady in Die Zauberflöte (Mozart). April 2020 Mariana Pedrozo was booked to sing Ramiro in La finta Giardiniera (Mozart) at the Blackbox Landestheater Linz. This engagement and the entire production was cancelled due to the global pandemic (Covid-19).

Mariana has been the featured soloist in numerous concerts and chamber performances such as Christmas Oratorio (Saint-Säens), Christmas Oratorio (J. S. Bach), Chansons Madecasses (Ravel) and Bachianas Brasileiras Nr. 5 for voice and 16 cellos (Heitor Villa-lobos). In December 2015 Mariana sang the solo part in Misa Criolla by Ariel Ramírez at the Kollegienkirche in Salzburg. In 2017 she performed Salve Regina by Scarlatti with the “Questo Silenzio” Baroque ensemble as part of the Baroque Festival at the DomQuartier in Salzburg.

Mariana has attended master classes with many renown and celebrated singers such as Ruxandra Donose, Bojidar Nikolov, Gabriele Lechner, Ulrike Hofbauer (early music) and Barbara Bonney. In summer 2018 Mariana was invited to participate in the Eurovox Congress in Den Haag (The Netherlands). As part of the Eurovox Young Professionals Programme Mariana was selected to perform in master classes with Elly Ameling and Nelly Miricioiu and performed as a soloist in the final gala recital. Mariana has offered different Lied programs performing songs from the German and French Lied Repertoire and from the Spanish and Latin-American classic Repertoire.

Mariana started singing at the age of 16 in her hometown Bariloche, Patagonia. Her formal training in classical singing began in 2005 at the National University in Cuyo, Argentina.  In 2010 she moved to Europe to continue her studies at the Mozarteum University Salzburg, Austria. At the Mozarteum she first studied with the tenor Mario Diaz.  She completed her Bachelor’s and Master’s degrees in Vocal Pedagogy studying voice with the American baritone John Thomasson. Mariana has continued her studies at the Anton Bruckner Private University in Linz, Austria leading to a Master’s degree in vocal performance.

In addition to her musical studies, Mariana plays guitar and piano and is a professional aerial silk acrobat and has been training in this artistic sport since 2005. Mariana Pedrozo lives with her family in Vienna.