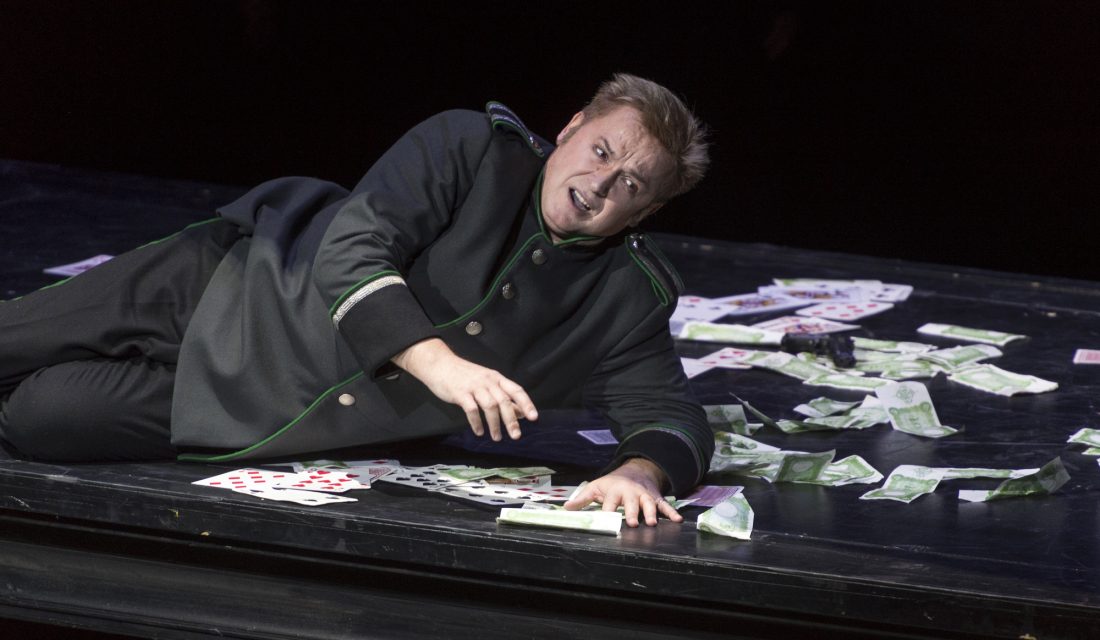 Misha Didyk has established himself as one of opera’s most exciting tenors in his field and is praised a true star tenor with vocal versatility owning a well-balanced voice and being able to produce perfect diminuendi and legato phrases.

Highlights of the current season mark his appearance as Ruggero in La Rondine at San Francisco Opera and Vaudemont in Iolanta at Teatro Sao Carlos Lisboa as well as a production of Jenufa (Laca) at Grand Theatre de Genève. In February 2021 Didyk performed in Katya Kabanova (Boris Grigorjevič) at Vienna State Opera, a role he had previously sung at Teatro San Carlo Napoli along with Herman in Queen of Spades.

Since making his debut in North America with the Opera Company of Philadelphia in a gala event called Grand Opera’s Greatest Hits where he appeared with opera superstars Samuel Ramey, Denyce Graves and Jerry Hadley, he has gone on to sing the title role in Werther, the Duke of Mantua (Rigoletto), and Tebaldo (I Capuleti ed i Montecch)i with the company. He has also appeared in North America with the New York City Opera as Rodolfo (La Boheme) and the Duke of Mantua, Opera Pacific as Rodolfo and Pinkerton, Michigan Opera Theatre as Alfredo (La Traviata), the Opera de Puerto Rico as Pinkerton (Madame Butterfly), Marseille Opera as Rodolfo, Avignon Opera as Riccardo (Un Ballo in Maschera) the New Israeli Opera as Duke of Mantua and in Göteborg, Sweden as Herman (The Queen of Spades). In 2005, he made auspicious debuts with Teatro alla Scala, Milan and the San Francisco Opera as Herman – the part that became one of his signature roles.

Misha Didyk began his career in his native Ukraine as a soloist with the National Opera of Ukraine, where he sang Lensky (Eugene Onegin), Alfredo, the Duke of Mantua and Herman. Shortly afterwards he began to receive invitations from the Bolshoi Theatre in Moscow and Mariinsky Theatre in St. Petersburg as Alfredo and made an impressive international debut at the Finnish National Opera as Lord Percy (Anna Bolena).

Misha Didyk is a graduate of the Tchaikovsky National Academy of Music Kiev where he studied in the class of Vassily Tretiak and Timokhin, and Professor Z. Lichtman, He has also studied with Professor Anna Maria Bondi at the Opera de Bastille in Paris and with Eugenia Miroshnichenko, one of Ukraine’s most prominent singers.

„In the role of Hermann, Misha Didyk revealed a powerful tenor and strong stage presence; he showed excellent acting skills and vocal control. His fervent passion was palpable in his imploring aria of Act 1. Here Didyk was at his best, as his penetrating singing reflected his intense passion“. (bachtrack.com)

„The tenor Misha Didyk is an impulsive Hermann full of passion – with perfect intonation, a sonorous voice and wonderful colours…” (connessiallopera.it)

Austroconcert cooperates with Misha Didyk on an non-exclusive basis