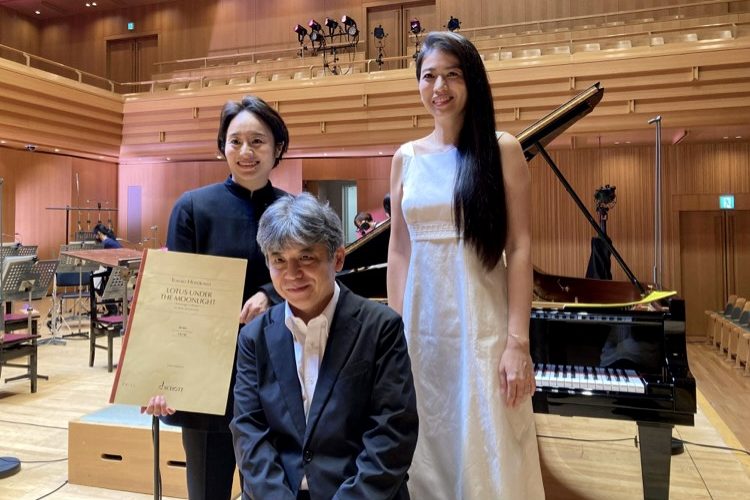 Pianist Yoko Kikuchi performed the world premiere of “Lotus under the moonlight” composed by Toshio Hosokawa with the Tokyo Philharmonic Orchestra under the baton of Yukari Saito, which is being broadcast on NHK Television on 15 January 2023.